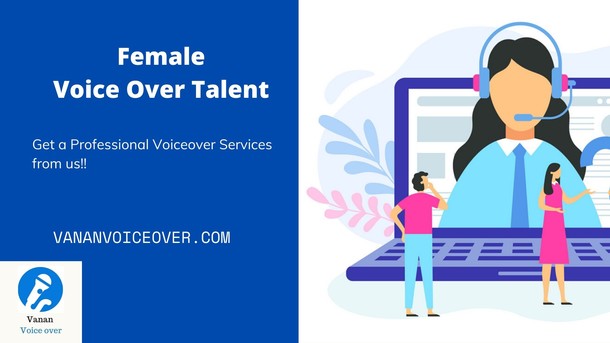 The question of whether to choose a male or a female voice over Service, most probably, is as old as the voice-over industry itself. One might argue that the choice is as easy as flipping a coin, however, as we dig and think more on this topic the question seems more and more complicated to answer. The article aims to rest the debate here and for now by providing you with the necessary statistics. However, the final decision on the issue - of choosing a gender during voice-overs - is completely reliant on you.

Stereotyping: Male voiceovers generally predominate the advertisement of products that are considered to be male-centric. From gadgets to briefcases, sports nutrition to hardware tools usually male voice-overs are provided for these “manly” products. Similarly, female voice overs are reserved for feminine products like cosmetics, feminine hygiene products, and fashion. However, we will look at some statistics that point out stereotyping doesn’t always work.

Opinion poll and statistics: A study conducted in 2010 by Adweek Media/Harris Poll titled “Are Consumers More Responsive to Male or Female Voices in Advertisements? ” polled 2194 adults in determining how consumers responded to female and male voices during an advertisement. The study points out that most (64% of those sampled) said that the gender of the voices makes no difference in persuasion. The study also points out that the gender of the voice doesn’t matter when trying to sell a product (car or computer – just to name two products) – what matters is the tenor of the advertisement.

Does stereotyping even work? Yes and no. A study conducted by Bellizi and Milner (1991) showed that for advertisements (related to car maintenance), for positions directed at women men will react less positively than women while for positions directed at men, both women and men react similarly. Another study by Whipple and McManamon (2002) found that gender of voiceovers was irrelevant for products that are neutral (like shampoo) or aimed primarily at men (like cologne). However, gender mattered when it came to female dedicated products (like perfume).

Advantages of using female voice over talent during voiceovers:

Soothing nature – 46% of the respondents in the Harris poll (mentioned previously) found that female voice is more soothing than male ones. Similarly, 48% of male voiceovers were thought to be more forceful.
First impression – Phil McAleer in his study titled “How Do You Say ‘Hello’? Personality Impressions from Brief Novel Voices” female voice is perceived to be more reliable – thus making for a better first impression. The human psyche perceives higher tone to be more trustworthy than lower one.
Emotional – As Debbie Grattan – a veteran professional voice over artist – states female voices are perceived to be more helping, compassionate, understanding and non-threatening. Voiceovers from the female voice over artist build that emotional connection with the listener.

Where a voiceover service comes in? Now the aforementioned qualities should come as a directive in hiring a female voice over talents. Online service gives you the best of both worlds – of choosing between male and female. All you have to do is upload your audio, or videos and let American or British voice over artist do the rest.

Get Attractive Offers In Russian Captioning Services
by: John Cothran

Important things Certified translation students might not realise about the industry
by: Leesa Daisy

How to Choose Best Arabic Transcription Services
by: Lucia Sarah

The benefits of using CBD oil for athletes
by: Anthony Spradlin