Learn the main myths about e-cigarettes 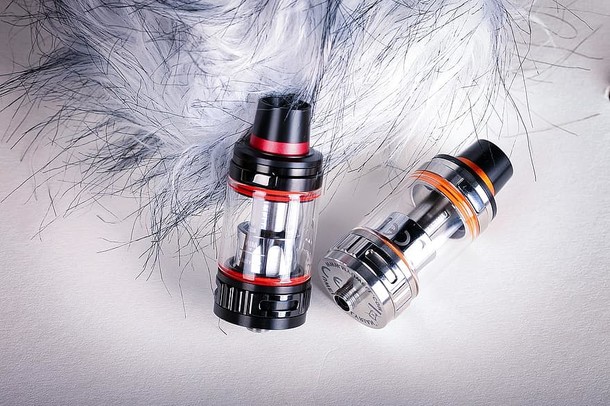 Online forums are bursting at the seams with opinions about e-cigarettes. Among the discussions, there are both substantive arguments and opinions not supported by any research. So, what are e-cigarettes and how do they affect your health? We deal with the seven of the most popular myths about them.

MYTH: Electronic cigarettes are used to smokeFACT: E-cigarettes are not smoked, but inhaled. All devices are designed in such a way that no combustion process takes place in them. They do not contain tobacco which, as it smolders, emits thousands of substances that are harmful to the human body and an acrid smell. In electronic cigarettes, there is a special container into which the so-called nicotine liquid or e-liquid is placed. This is then heated to a temperature that allows it to be converted into volatile substances. It does not produce harmful smoke and carbon monoxide, but only aerosol for inhalation.

MYTH: Electronic cigarettes are just as harmful as traditional cigarettesFACT: Numerous studies confirm that e-cigarettes emit 1, 500 times less harmful substances than their classic counterparts. Cigarette smoke, produced by the combustion of tobacco, contains more than 4,000 harmful substances, 40 of which are carcinogenic. In turn, in the aerosol generated when inhaling with 'electronics', there are about 5 substances: propylene glycol, glycerin, water, nicotine, and flavors. The first two make the heated liquid turn into a smoke cloud, imitating traditional tobacco smoke. They are widely used in the pharmaceutical and cosmetic industries, and inhaling them in a form such as the use of electronic cigarettes has no negative impact on your health.

MYTH: We don't know what goes to the lungsFACT: Due to the fact that electronic cigarettes are a relatively new product on the market, there is a lack of reliable knowledge on the subject. However, liquids are constantly being tested, as are the inhalation devices themselves, and their results provide answers to questions about the health effects of e-smoking. The analysis carried out so far clearly shows that electronic cigarettes are much safer for the body than their traditional counterparts.

When deciding to change classic cigarettes to electronic cigarettes, remember to choose proven brands and distributors. migvapor.com is one of them. This guarantees that the equipment used will work properly, will not overheat the liquid, and the liquid itself will contain only those ingredients that are on the label. You can come across liquids of unknown origin and equipment that has not passed the appropriate tests. However, such situations are not the domain of 'electronics.' Unfortunately, untested preparations can also be found, for example, on the pharmaceutical, cosmetic, or food market.

MYTH: Being in the company of e-cigarette smokers is passive smokingFACT: Research conducted by a team of specialists led by Dr. Maciej Goniewicz from the Roswell Park Cancer Institute (USA) shows that nicotine levels in rooms where e-cigarettes are regularly used is almost 200 times lower than the levels recorded in the homes of smokers. In addition, electronic cigarettes do not produce so-called side smoke, which is a characteristic of their classic counterparts and at the same time is poisonous to people who inhale it. This smoke comes from the smoldering tip of a cigarette and contains more harmful substances and nicotine than the smoke that enters the smoker's lungs through the mouthpiece when you inhale. In the case of electronic cigarettes, only the aerosol enters the air, which is already filtered by the lungs of the smoker, and in comparison with the traditional smoke, it is harmless to people inhaling its residues.

MYTH: Electronic cigarettes are expensiveFACT: The biggest expense is equipment. It ranges from several dozen to several hundred dollars, but it is one-off because further operation only involves the replacement of small elements such as a consumable heater (costs about three dollars) and the purchase of liquids (5-10 dollars) depending on the type of fluid and capacity). In the case of traditional cigarettes, the cost of smoking is approximately $5 per pack, which you have to pay on average every second day.

MYTH: E-cigarettes always contain harmful nicotineFACT: Nicotine content in the liquid can be regulated by the power of the liquid itself. Strengths from 24 mg/ml to zero are available for sale. This allows you to gradually reduce the amount of nicotine delivered to the body, and hence completely part with the addiction without feeling craving for nicotine or other withdrawal symptoms.

Best letgo clone script with flat 50% OFF at Appkodes

Rock the Cryptoverse With Real-time Analysis From Coinmarketcap Clone!

How To Choose Best Dog Leash Selection With These Easy Tips
by: Eran Konorty

Is it legal to gamble online with real money?
by: Casumo Casino

Computer IT support
by: Gabriel Dustin

Why is the UberEATS clone app the best for your business?
by: Clarie Mary