The mystery of smoking

It’s disgusting, dangerous, expensive. It freakin stinks. So why do people continue to smoke? 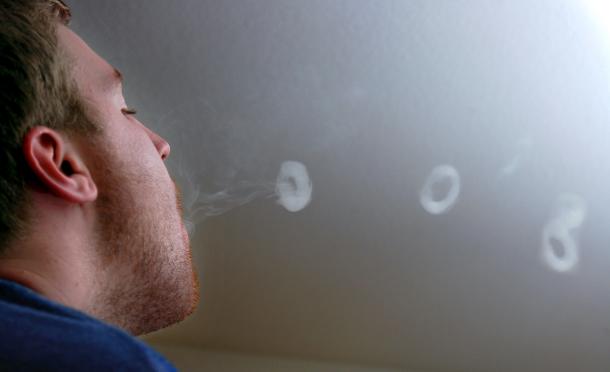 A few weeks ago I read the book “Wisdom of the Pretzel” (not a big hit). During the entire book the main character tells the readers about strange theories regarding life, and one of them was on habits. According to this theory, there is nothing good and tasty about cigarettes, beer, and coffee – we are simply used to it because that’s what society dictated. In other words, had Eyal Kitzis eaten dog food or had Bar Rafaeli walked around with a baseball bat, many more people would follow and do the same.

This theory might be wrong, I get it. After all, it’s just one of hundreds of theories in this book. But this theory has a point, at least regarding cigarettes.

What is actually good about cigarettes? It’s extremely unhealthy, for us and for the people around us (even for our children!). It’s expensive, disgusting (face it, guys – you didn’t like it the first time), it makes us smell terrible, so why in the world would people smoke?!
Because that’s what society dictates, and some people have a hard time fighting society.

Oh it’s expensive…A person who smokes a pack of cigarettes a day would pay 600 shekels in a month, and 7200 in a year. That’s almost a year of college tuition!
So would you rather get smarter or destroy your lungs?

So what do we do? We fight it. Here are some rules we can add to fight the smokers.

1. Gradually reducing the tobacco levels in cigarettes (yes, Mr. Obama, I’m talking to you).
2. Imposing a one-time fine of a few thousand shekels for every person who is caught smoking from a birth year that doesn’t smoke yet. So, even if in ten year a person born in 2001 will be caught smoking for the first time, he will receive a fine of 3000$
3. To ban the advertisement of cigarettes.
4. To shut down bars who do not follow the rules and don’t have non-smokers areas.

Where you can order do my assignment in canada urgently and inexpensively
by: Ivan Vichev

Why Do Songs Help You Learn a Language?
by: Amizur Nachshoni

Why are management of important Revenue cycles in the health care industry?
by: Max Anderson