As a bit chubby boy, I never thought I had much of a chance 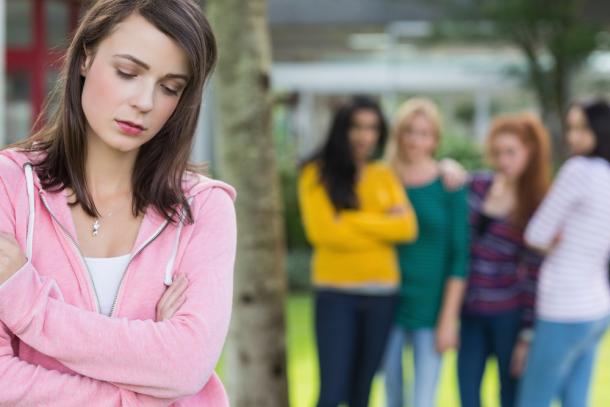 Everything about her was so perfect for me. The smile, the eyes, the intelligence, the laugh, the voice, everything. It was a total crush. I wanted her so badly, but in both times I had the courage to let her know about it she rejected me immediately, laughingly so. Well, as a bit chubby boy I never thought I had much of a chance.
My odds bottomed out when I moved from Kfar Saba to Haifa. My dad got a job as a professor in the Technion so we didn’t have much choice. Anyway, I couldn’t stop thinking about Dikla. I didn’t want to stop thinking about her.

I had a new plan. I signed up to the gym, started running. I knew that was my only chance. I didn’t even care my grades dropped a little. My mind was set – lose weight, pound after pound, by all means necessary.
And did the hard work pay off? You bet it did. Not only that I wasn’t fat anymore, but I had a strong muscular body. Suddenly the good-looking side of me turned up, a side that nobody saw earlier. Some girls even tried to hit on me. Of course, I turned them all down. There was only one girl I had in mind.

Everything was planned for Friday. I wore new clothes, put on some perfume, and took the train to Kfar Saba, were Ohad my best friend was already waiting for me. He checked and figured Dikla will probably be at that party of guy from our grade.
We took a cab to the party. The fact that I wasn’t invited was insignificant. All I thought about was how to convince Dikla to give me a chance. I knew it would be difficult – as you know, she already turned me down twice. But I believed this time I’ll be able to steal her heart. This time she will be mine.

We reached the party. The ticket was 50 Shekels, but it didn’t matter – I would have paid 500 shekels if I had to. The crowd and the music were annoying factors, but nothing got in my way at those moments. I was searching, searching and then I found her! There she was, standing, more beautiful than ever. This time I wasn’t messing around. I approached her immediately.
“Hi”, I said shyly.
“Hey”, she responded ecstatically. “Are you the new student?”
“No”, I smiled. “It’s the other way around. It’s new that I’m not here. I’m Omri, don’t you remember”?
“Oh, hmmmm… Omri Burstein”?
“Omri Turgeman”, I corrected her.
“Wow”! She was excited. “You’ve changed! I wouldn’t have recognized you for the world”!
“Yea… right…” I stammered.
“Wanna dance”? She said. I nodded.

I enjoyed dancing with her so much. I could feel her desire, and it wasn’t too long before she kissed me passionately. I guess she did remember the crush I had on her…
And there was so much passion in that kiss. I was so happy if not for that one little thing that held me back, it was the self-respect. Only a year ago this girl ignored me on the spot, and now because of a few pounds (well, a few dozens) she is jumping all over me like Shaquille O’Neal jumping on a cheeseburger.
“Sorry”, I mumbled. “I need to leave”. I took off.

Sometimes, when you get something you want so badly it suddenly seems a hell of a lot less exciting. That’s what happened to me with Dikla, from a girl that I had such a desperate crush on she became self-centered and annoying. It would have been better off to keep her as a dream.

Well, I have to confess. I didn’t really lose weight. I mean, I lost 4 pounds! But that’s hardly the point. The truth is that most of the story, from the point where I moved to Haifa, was just what I thought would happen had I actually lost some meaningful weight. Yes, I still think about Dikla every now and then, but not like I used to. I realized I want a girl that will love me just the way I am, even if I’m a bit chubby, and even if you can’t play chess on the six-pack in my abs.

The life after Death
by: Eran Shmuel