The life after Death

You wouldn’t believe what’s going on there 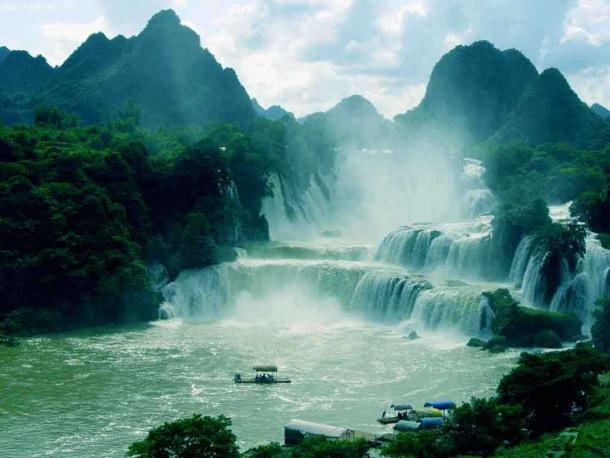 I didn’t think that’s how I would die. Who would have thought that the bungee rope will tear? At least I got killed in a cool way. The truth is, death wasn’t that bad, I didn’t feel any pain from the fall, and even the back pains went away. I was inside a giant hall. It was a little crowded, but dang that air conditioner was good.

“What is it here? ” I asked a guy nearby.
“Waiting for trial”, he said. “I hope you’ve been a good boy”.
“Yea”, I said. “So do I”.
The truth is I had no idea where things stand for me, since I’ve done so many things in my life. As time went by I started getting scared about some pranks I did, fights I got into and the fact that I wasn’t religious. At the end waiting was all I had to do, and soon I got to the front of the line, right outside the mysterious room.

“Get in all 3 of you”, said one of the guards to me and two other guys. Two guards walked us in. The room was kinda like a giant hallway. It had a red carpet, and at the end we saw three judges sitting in royal chairs.
“Stay here in the meantime”, told me one of the guards. “These two will be judged first”. Me and the guard stopped there, while the other two people continued to the judges.
“Is God judging? ” I asked the guard.
“Nah, he retired a long time ago”, he replied. “Moses has been judging for thousands of years”.

“The first defendant is Yoav Geva”, said the second guars while presenting Geva to the judges. “The truth is he’s not really a defendant, he sacrificed himself jumping on a grenade, saving five soldiers”!
“That’s impressive! ” Moses was excited. “I don’t even need to look at your case, 5 years in heaven and then you’ll be back on Earth as a pop star! You’ll be the next big thing!
“But…” the guy said, but he couldn’t finish his sentence and disappeared.
The next defendant continued to the judges, a big smile on his face.
“That’s Mahadi Salah”, said the second guard. “He threw the grenade at the soldiers”.
“Is that right? ” Moses asked him.
“Yes! ” He said. 1000 virgins let’s go!
“Ask Mohamed for 1000 virgins! ” Moses yelled at him. “And he won’t be judging for the next 200 years. I’m sentencing you for 20 years in hell, 15 transformations as a bug after which you’ll be born Swedish.
“Noooooo”, cried Mahadi and disappeared.
“Next defendant please”.

I continued towards the judges and the figures became clearer. The guy on the right to Moses seemed like Herzl at first glance, and to the left was… Ze’ev Revach? What the hell?!
“Ze’ev Revach”? I asked. “But you’re still alive”.
“Sweetheart this isn’t Ze’ev Revach”, he said with laughter. “It’s Haham Hanuka, haven’t you seen Hagiga B'Snuker? ”
“But… You’re just a character”. I said. “And as far as I know Haham Hanuka wasn’t a great judge”.
“And who do you think creates all the characters? Moses? He started laughing. “Be thankful you weren’t born in New York, where George Costanza is judging and he isn’t too kind.
“Stop, we don’t have time for this nonsense”, said Moses. “There’s a long line ahead of us”.
“This is Eran Shmuel”, the guard quickly said. “Died in a bungee jump”.
“A real hero”, Moses said and started reviewing my case. “Wow, you killed lots of flies”!
“I was a gunner”, I mumbled. “Shivta, you know”.
“Still, that’s a huge number”, he said. “Herzl, what do you say”?
“He was a gunner after all”, Herzl said. “A light punishment will do”.
“Okay”, said Moses. I sentence you a month in hell, and 5 transformations as a fly. We’ll see what to do with you after that. Hopefully you’ll be a good fly…

I didn’t have a second to react before I disappeared. Dust flew, lightning flashed, and suddenly I was sitting on a bed in a rectangular room with a man in his forties across from me.
“Your mothers have been looking for you”, he said.
“Mothers?! Which mothers”?
“You didn’t know”, he said with a cruel face. “Every person in hell has 7 Polish mothers”.
“Nooooooooo”!
I woke in panic from the bed. “Another nightmare”, I said and went back to sleep.