5G Revolution: How Will It Affect the Environment?

Amizur Nachshoni was born in Israel and lived in the US for many years. 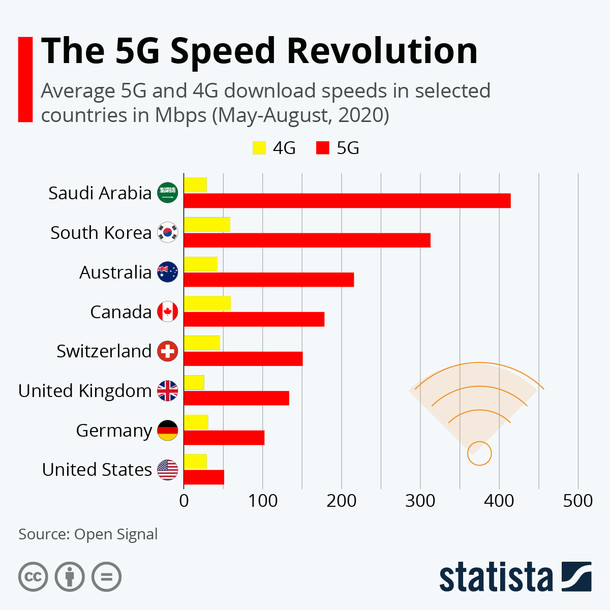 5 G is an investment for the next decade, and we’ve seen most of the big changes happening in previous mobile transitions years after the first announcement. Take, for example, 4G. In 2010, the first 4 G phones in the United States appeared, but the 4 G apps that changed our world didn’t appear until later. In 2012, Snapchat came, and in 2013, Uber became widespread. Around 2013, video calls over LTE networks became big in the US as well.

According to mobile expert Amizur Nachshoni, “5 G brings to the table three new aspects: larger channels (to speed up data), lower latency (to be more responsive), and the ability (for sensors and smart devices) to connect a lot more devices at once. ”

OpenSignal, a wireless coverage mapping company, has released new data measuring the 5 G user experience in several different countries across mobile operators. It is essential to remember that, with the first network launched in 2019, the market for the new technology is still immature. Nevertheless, OpenSignal found that for more than one-fifth of the time, users enjoyed an active 5 G connection in four nations and it was able to come up with a striking comparison between 4 G and 5 G download speeds. The new network is blisteringly fast, significantly patiently clocking up download speeds in all countries analyzed than its predecessor.

For comparison, the data collection period was between 16 May and 14 August, with Saudi Arabia enjoying the fastest average 5 G download speed of any country. The kingdom had a lightning-fast 414.2 Mbps average download speed, more than 14 times faster than its 4 G network’s download speeds. South Korea, along with mobile network speeds that have remained the envy of many other countries, is well known for having some of the fastest broadband speeds on the planet. Its 5 G rollout is certainly consistent with its excellent global reputation and its average download speeds are 312.7 Mbps, five times faster than its current 4 G network, the analysis found.

Even though the U. S. lags behind the rest of the pack in terms of average download speeds over 5 G, when it comes to network availability levels, it is still ranked higher. “OpenSignal states that the U. S. ranks better on availability than download speed because” the low-band spectrum is ideally suited for great 5 G reach and allows users to spend more time connected than in countries with a 5 G spectrum of higher frequency. “T-Mobile and AT&T’s low-band 5 G services in the U. S. helped drive a high 5 G availability outcome. It added that” The very recent launch of standalone 5 G access by T-Mobile U. S. , where a phone no longer needs to connect to 4 G in order for 5 G to work, should help 5 G services in the future.

The analysis also points out that smaller countries or regions such as Kuwait or Hong Kong tend to have a significant advantage in offering high levels of 5 G availability over larger geographies such as Australia or the US. Both of the latter countries have led Switzerland and the United Kingdom ahead of their network operators, which is an impressive achievement.

Free spins no deposit
by: IDAN B

Gambling environment
by: IDAN B

Top 3 Checklists to Consider Before Purchasing an UberEats Clone App
by: Christopher Willson

How can you be sure of having happy employees at work?
by: Anthony Spradlin