I reached to her as the sky began to fold upon us, she spoke to me the untold story of the Moon and Sun. She told me they were so simple yet so powerful. She told me they cause people follow them blind, no questions asked.

And as the sun went down she told me this;
Simplicity does not win wars, neither does creativity. Yet colliding them both can cause empires rise and fall in the blink of an eye.

And just like that she disappeared, leaving me under the moon wondering; was she real?
And my heart cracked a bit when I realized I would never see her again. But for everytime I see the empires of the Moon and the Sun, my heart skips a pound. For it does know that when one empire crushes the other one shows it's brightness.

And when one love passes a new one rises. 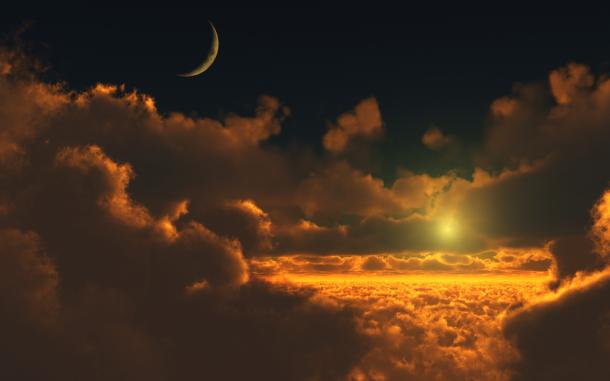